Theatre in the Wine Cellars 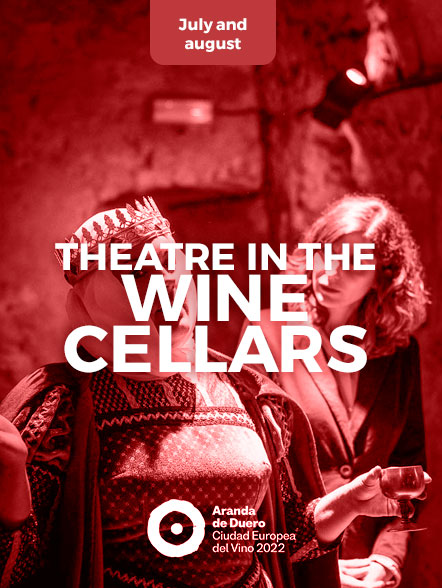 More and more tourists are spending the night in Aranda and the region, attracted by its gastronomy and wine as well as by its heritage and cultural offer. In this case, the Aranda Town Council offers the population and visitors an entertaining and educational tourist resource such as the theatre in the wine cellars.

The underground cellars are an excellent setting for theatrical performances. The visitor will not only enjoy the theatrical performance but will also be able to contemplate one of the underground wine cellars that make up the unique and highly relevant set of 7 kilometres of cellars excavated during the 12th and 18th centuries, declared “BIC” and which add great particularity to Aranda’s tourist offer.

As for the theatrical performance, it is an hour-long show that takes place in the historic centre of Aranda and in the wine cellar of the Caballerizas under the name of “the oldest vessel in the world”.

The aim of the show is to provide a story of intrigue, involving the audience and with comic scenes, to learn first-hand anecdotes about the town and historical figures that have lived or passed through Aranda such as Napoleon, Isabel the Catholic, Hemingway…

The show is free and takes place every weekend from mid-June until the beginning of September.