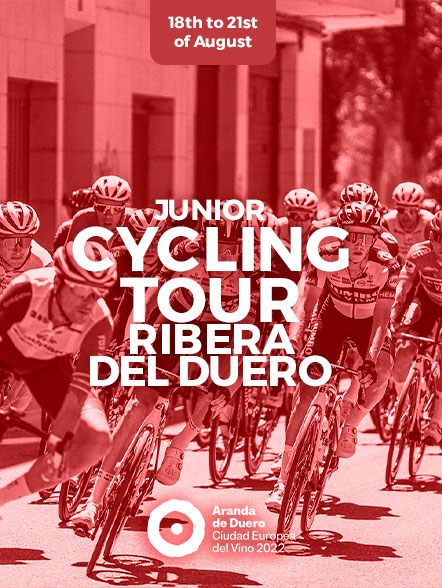 It will be the VI edition of the junior cycling tour of the Ribera del Duero promoted by the Department of Sports of the City Council of Aranda and supported by the “Club Ciclista Arandino” and the Spanish and Castilian-Leonese federations.

It will run through Aranda and its surroundings for 331 kilometres, through municipalities in the provinces of Burgos, Segovia, Soria and Valladolid, which is the territory covered by the Ribera del Duero Certificate of Origin, and it will start on 18 August.

The race, included in the national calendar and with international character, counted in 2021 with the presence of 22 teams, several of them foreign and 162 riders of the main national squads. In total there were 4 stages, one of which was a team time trial, over three days of competition.

Similar routes and a greater number of participating teams are expected in the 2022 edition.